Technology and the Evolution of the Designer’s Role

Design is one of the fundamental human activities we undertake as a species. Many definitions and characterizations of design capture this – for example Herbert Simon talks about design as moving from ‘existing situations to preferred situations.’ The act of designing is a human impulse to deal with the world around us and shape it to our convenience and liking. Victor Margolin talks about small d design as “what people have always created to satisfy needs and organize their environment.”

Today, we often associate design with activities like user experience, graphic and web design, or perhaps fashion and product design. Mass communications and mass production brought with them the need for specific skills in creating posters and products. Each wave of technological change brings with it an evolution in the role and activities that designers undertake.

From Signs and Symbols to Systems and Environments

One useful model for thinking about these shifts in design is Buchanan’s orders of design. Richard Buchanan is a professor of design, management, and information systems, and has devised a matrix that looks at levels of design activity.

Across the orders of design, we can note the varying levels of complexity as well as the varying types of activity that occur. A really great, persuasive poster is a different type and complexity of output than a smooth sign up flow for an app. A user interacts with, and experiences these designs very differently. Buchanan also talks about the third and fourth orders of design emerging very strongly now – which explains the current prevalence and interest in disciplines like interaction design, service design, and user experience design. We can also see this emergence in the areas that designers are working and solving problems – such as Policy Lab in the UK, which takes a design approach to policy.

From Star Designers to Team Players

Along with the shifts in types of design activities and outputs, the designer’s role has evolved in terms of how designers are perceived to operate and collaborate. In the 80s and 90s, industrial designers like Philippe Starck rose to fame and prominence. (You might recognise his ‘Juicy Salif’ lemon squeezer in the image below!) Focus was more on the individual and their mystique and creativity. This was particularly prevalent in product design, with Steve Jobs at Apple being a familiar example of the ‘genius designer.’

However, as Nielsen Norman points out, the idea of the ‘genius designer’ is a flawed one, especially in the context of web and digital usability. A human centred design process, with reliance on research, prototyping, testing, and iteration has gained more traction and emphasis in recent evolutions of design and the designer’s role. This does have roots in ergonomics and human factors of classic industrial design, and is experiencing renewed focus within the digital space.

A further effect of this is the idea of design as a team sport – creating great interaction design and UX in particular requires collaboration with many specialists such as product managers, design researchers, programmers, business analysts and so on.

While there are still well known and regarded designers in the digital and service design space, there is greater emphasis on facilitation and communication skills as core competencies for designers. These are crucial skills for people wanting to level up their UX careers.

From Contributors to Leaders

Design has evolved from being a functional unit within business, like marketing or finance, to (in some cases) a driving force at the leadership table. Design thinking and design approaches are being seen as a way for companies to innovate, differentiate and stay ahead of their competitors. Design is also taking its place as an important tool in ensuring that digitalization and technology doesn’t become inhumane or cold.

This shift from designers as contributors to leaders can be seen in companies that have designers as cofounders – Pinterest, AirBnB and Kickstarter among others. It can also be seen in programs like Designer Fund, which focuses investment on startups co-founded by designers. The interest in design at a business level is demonstrated by increased coverage of design topics in Harvard Business Review – with the September 2015 issue focusing on ‘The Evolution of Design Thinking’ which highlighted on the cover that ‘executives are using this approach to devise strategy and manage change.’

Indeed, executive leadership is now inclusive of designers at the C-suite level. The ‘Chief Design Officer’ or ‘Design Executive Officer’ is a role which has been gaining traction. In 2012, Wired featured an article examining chief design roles within companies such as Kia, Nokia, Samsung and Apple. In their book, Rise of the DEO, Maria Giudice and Christopher Ireland explore “the intersection of creativity and business acumen,explaining how and why this unlikely coupling produces leaders most capable of solving our increasingly complex business problems.” Designerly approaches to problem solving are being given room at the highest levels of some businesses today.

What to take away from all of this? Design is a part of what makes us human, and in a modern industrial economy it has evolved with the changes in technology and production. The role of the designer is one that is currently experiencing a lot of demand and focus. Thankfully, the skills of a designer lend themselves well to these shifts – the ability to research, see the big picture, as well as focus on the details, prototype ideas, communicate, and test them. As Leon C. Megginson put it (in a quote that is often misattributed to Darwin), “it is not the strongest or the most intelligent who will survive but those who can best manage change.” 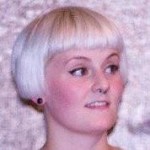 Linn is a UX and service designer based in Toronto. You can currently find her at Bridgeable, telling the story of design and its impact in the world. Linn has worked with a wide range of clients including Huffington Post, Shoppers Drug Mart, Toronto Public Library and CBS Outdoor. She also mentors the next generation of designers online and in person. You can follow her on Twitter @wittster.

Categories: Blog Segment, Design Segment, Uncategorized, UX/UI Design, XD Career24/01/2017
Get Our Newsletter
Sign up for our newsletter to stay informed with the latest industry news and great offers from Keyline.
Go to Top
Open chat