Making The Most Out of Audio: Designer Chris Mears on Sound in UX Design

The internet used to be a noisy place. From dial up sounds to autoplaying ‘pings’ on websites, Chris Mears says we should all be thankful the user experience of sound has improved. As a freelance UX designer, big music fan, and editor of The UX Review, he’s been tracking how our use of sound in digital design has changed. Now he’s come up with some key considerations for UX designers who want to make the most out of audio in their work.

“Those of us of a certain age can probably all remember the classic AOL ‘You’ve Got Mail.’ Although fairly blatant in it’s delivery, it got the point across and eventually became habit forming,” he said.

“But in the early days of websites, sound was used fairly haphazardly with bad quality midi files autoplaying when you landed on a page.”

The Web Has Changed Its Tune

Mears says the context in which we’re accessing web content has changed from the days of pings and obnoxious beeps. Most of the time, our mobile devices are our focus, and where and when we use those devices impacts how UX designers should be integrating sound into their sites and apps.

“For instance, when using a device on the train it is very common that people will be also using that device to listen to music. Therefore this may impede any sound based feedbacks ability to be heard. In this often cramped situation a noisy phone is not likely to win you many friends either.”

He has a guiding principle when it comes to using sound in the 21st century.

“Short and discrete sounds which through repetition and familiarity can convey meaning to users. These are very effective [while causing minimal interference].”

Mears has three pieces of key advice for integrating notifications and music into designs. He says, when integrated properly, “sound could help you win some key brownie points”:

While he advises caution, Mears says sound can be a powerful tool to communicate on many different levels. A music lover, he’s observed how audio can affect a user’s understanding and even mood.

“It can be a more natural way to interact with things, as it’s one of our most prominent senses.”

More Crucial in The Future

Voice assistants, wearables, and non-visual interfaces are emerging as leading consumer technologies in our lives, and Mears says sound will again a more important role in how we design.

“It’s going to be the voice assistant that brings in the next era of sound-based interaction. Apple’s Siri and Google Now [offer] usable information in an audio format where arguably more standard input mechanisms would have taken longer,” he said, acknowledging that these devices still have a long way to go in replacing our visual interfaces.

More subtle is the way wearables are using sound. He says there’s a lot to be learned from how apps are integrating audio notifications in non-obtrusive ways.

“Apps such as Nike+ even cheer when somebody ‘likes’ your run on Facebook as a form of encouragement. It’s easy to see how sound can play an important role in helping people achieve their fitness goals by offering subtle reminders they are due to do some activity or are close to reaching their targets.” he said.

Sound has the power to enable users to have better and more seamless experiences, and who doesn’t like the sound of that? 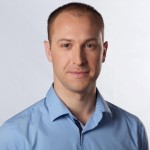 Patrick is a freelance writer, digital producer, journalist, and TV host. His background is news, but he has a passion for music, video games, and that special place where art and technology collide.